For We Bare Bear’s first ever cross-market advertising campaign, we worked closely with Cartoon Network to bring their IP into two branded spots for Nintendo’s ‘Switch’. Embarking on the challenge of recreating authentic WBB personas with product integrated moments, we created 2D animated scenarios that seamlessly merged the ‘Switch’ into the established style of the show without disrupting the WBB world. The crossovers not only balanced the needs of both brands, but accurately demonstrated the dynamic of gameplay in a fun and believable way. 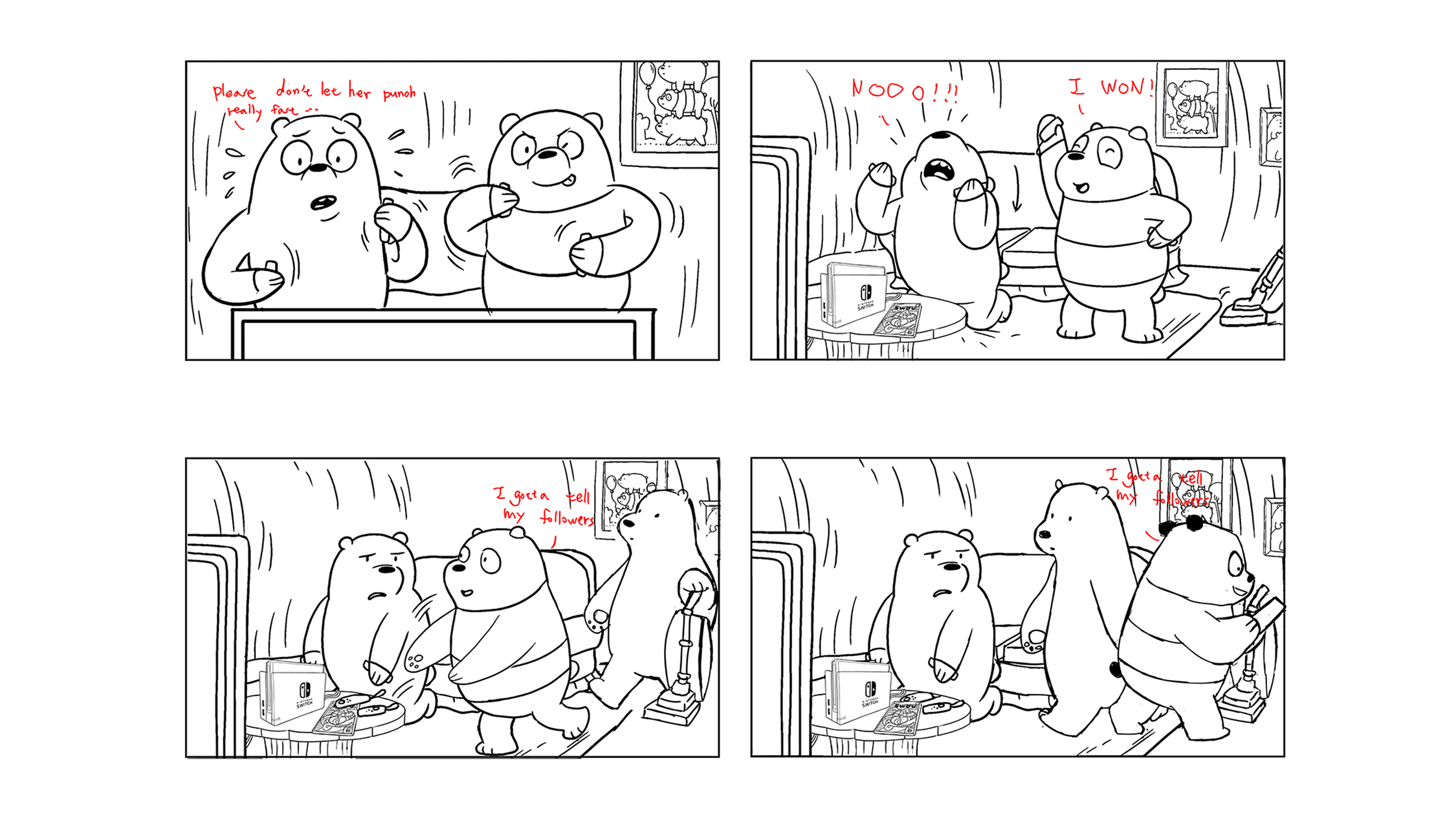